Fidelity Bonds for Your Retirement Plan

What if I own multiple companies?

What if my payroll provider doesn't transmit my data to ERISA for me?

Which payroll providers does ERISA support?

How Distributions Work on our Platform

What challenges should I watch out for with automatic enrollment?

Will ERISA help me with my plan audit?

What is a plan document?

Getting Started as a Plan Administrator

How do I request my distribution?

How do I change my investment elections?

How do I know how much is available for a loan?

How to Make Extra Payments on Your Retirement Plan Loan

How to Pay Off Your Retirement Plan Loan

How to Request a Loan

How to Take a Loan from Your Retirement Account 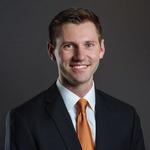 Updated 2 years ago by Chandler Julian

There are two primary federal government agencies that provide programs for employers to correct plan mistakes - the Internal Revenue Service (IRS) and the US Department of Labor (DOL). Each agency has its own correction programs for different types of plan mistakes. In general, the DOL is mostly concerned with protecting the rights of plan participants under Title I of the Employee Retirement Income Security Act (ERISA). The IRS, however, provides corrective programs that help plan sponsor comply with the Internal Revenue Code requirements.

Choosing the proper correction program depends largely on the nature of the mistake. So, that's why we've created a general guide that can help you determine which program is most appropriate for your scenario.

The IRS has developed a system (EPCRS) that helps plan sponsors and service providers determine the best way to fix common plan mistakes. Some mistakes are more serious than others and that's why they've organized their system into different categories. They've also allowed sponsors to correct issues before they're discovered on an audit.

Self Correction Program (SCP) - SCP requires no special filings or fees. It's simply fixing an administrative clerical error. The IRS gives some latitude in the methods used to correct problems under SCP, but those correction methods should be documented in case they come up on audit later. The SCP does not give you any assurance that your correction will be accepted if you are audited by a regulator. So you could still be at risk even after you use SCP.

Voluntary Correction Program (VCP) - VCP on the other hand, does provide assurance that the issue is fully resolved and cannot introduce more problems later. VCP requires filings and fees and a lot more procedural documentation. This method is typically reserved for compliance failures that would be considered material because it impacts a significant portion of the participants or it's significant because of the dollar amount involved in the compliance failure.

VCP can only be used if the plan is not already under audit by a regulatory agency. Once under audit, VCP is no longer available unless you can produce documentation that the correction is already in progress before the audit started.

For example, if you used SCP to correct a failure but the correction method used did not satisfy the auditor. An example of this would be if you chose to use the actual trust account earnings instead of the DOL's VFCP online calculator because the actual trust earnings resulted in a lower correction amount than you would have otherwise paid if you had used the VFCP online calculator. You might have to argue that decision with the auditor.

The sanction paid under Audit CAP should be higher than the amount they would have paid under VCP. That's why it's advantageous to correct under VCP rather than through Audit CAP. Plus, the time involved in Audit CAP could be significantly more than VCP.

If the participant was not given the opportunity to participate or their deferral election was not properly implemented in the payroll system, there are correction procedures available.

How we advise clients

Treasury Department Circular No. 230 strictly prohibits us from making a recommendation to a client based on the likelihood that they will be audited or on the basis that the issue will not be discovered on an audit. So, we will always advise our clients on how to comply with laws and regulations in a way that is independent of the likelihood of an audit. We are professionally obligated to notify the plan sponsor when there has been a compliance failure, to layout correction method options, and to inform you of the potential consequences of not correcting the failure.

How did we do?

Fidelity Bonds for Your Retirement Plan

What if I own multiple companies?

Getting Started as a Plan Administrator